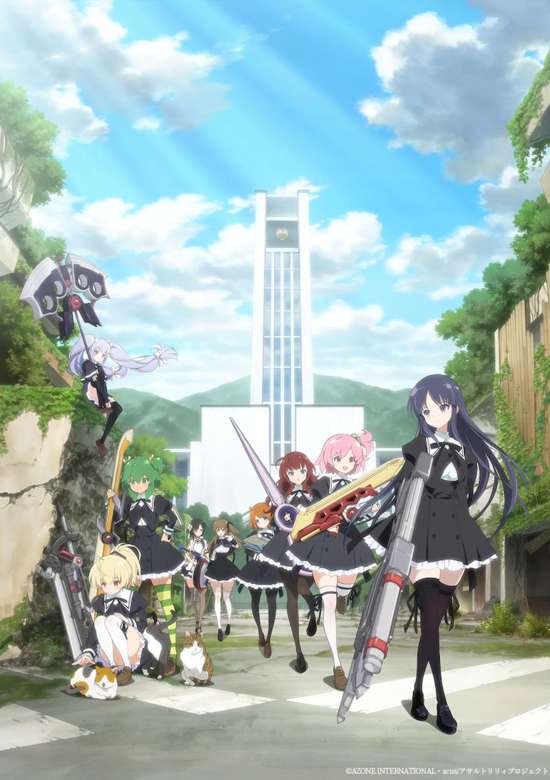 
On Earth in the near future, humanity faced imminent destruction from mysterious giant creatures known as "Huge." The entire world unites against the Huge, and successfully develops weaponry known as "CHARM" (Counter Huge Arms) by combining science and magic. CHARM exhibits high rates of synchronization with teenaged girls, and the girls who use CHARM are viewed as heroes called "Lilies." Throughout the world, "Garden" military academies are established to train Lilies to face the Huge and to serve as bases to protect and guide people. This is a story about fighting girls who aim to become Lilies at one such Garden.(Source: ANN)