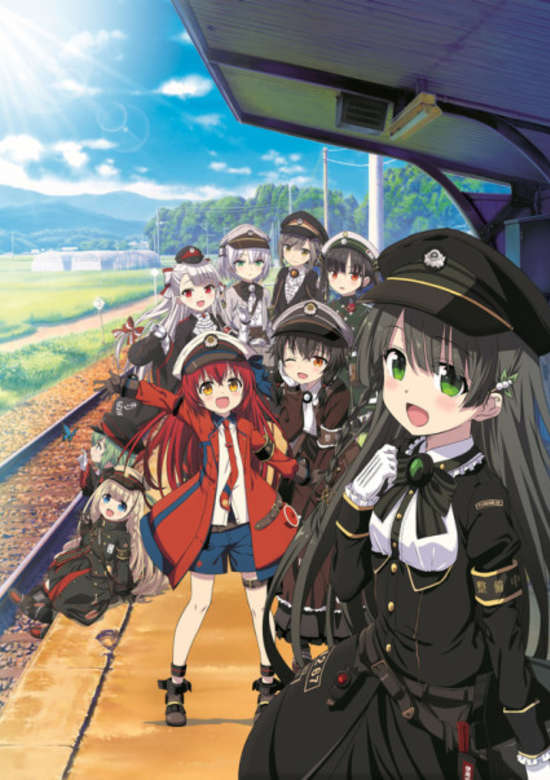 
Set in Hinomoto, a fictional version of Japan, where for a long time railway travel served as the most important form of transport. Each locomotive was paired with a humanoid control module, so-called Raillord, that aided the train operator. However, many rail lines had been discontinued due to the rising popularity of 'aerocrafts,' a safe and convenient aerial mode of transport. As such, their accompanying railroads also went into a deep sleep.Soutetsu had lost his entire family in a rail accident and was adopted into the Migita household, which runs a shochu brewery in the city of Ohitoyo. He returned to his hometown to save it from the potential water pollution that would occur if they accepted the proposal to build an aerocraft factory nearby. He woke up the Raillord Hachiroku by accident and became her owner. For different purposes, they agreed to help find her lost locomotive, with the help of his stepsister Hibiki, the town’s mayor and local railway chief, Paulette and others.(Source: VNDB, edited)