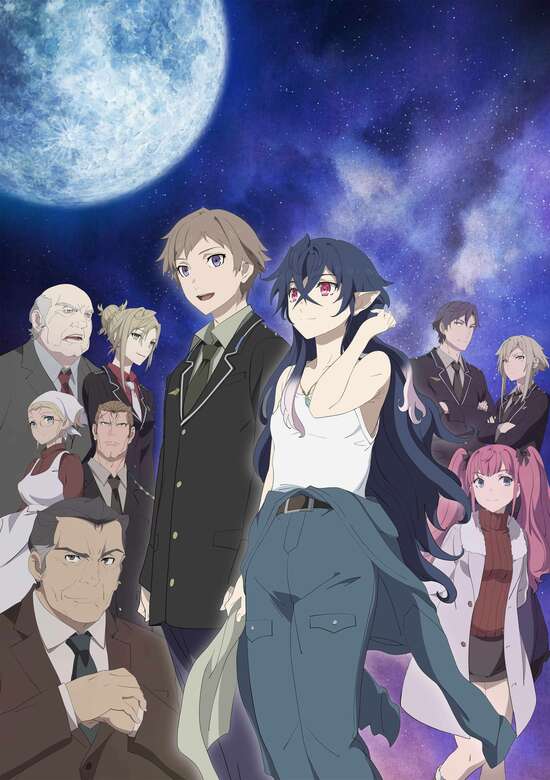 Tsuki to Laika to Nosferatu

Moon, Laika, and the Bloodsucking Princess


The first astronaut in human history was a vampire girl.

Following the end of World War II, the world-dividing superpowers, Federal Republic of Zirnitra in the East and United Kingdom of Arnack in the West, turned their territorial ambitions toward space. Both countries have been competing fiercely for development.

East history 1960. Gergiev, the chief leader of the Republic, announces the manned space flight program Project Mechtat (Dream), which, if successful, would be the first feat for humankind. At that time, Lev Leps, a substitute astronaut candidate, is ordered to perform a top secret mission. The "Nosferatu Project"—a program that experiments with vampires prior to manned missions—will use Irina Luminesk as a test subject, and Lev is to monitor and train her.

Even while trifled by the walls of the race and ego of the nations, Lev and Irina share a genuine sentiment as they aim for the universe.