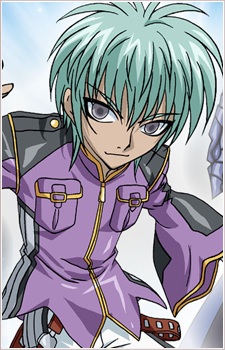 
Ace is a sixteen year old Vestal boy who serves as the Resistance's Darkus Brawler. He's a handsome boy but it very sarcastic and can keep to himself. There are a lot of similarities between him and Dan that it can be comical, according to Shun in episode 9. Sometimes he speaks out without thinking, but he does brawl passionately. Ace has a strong love for Mira, which he keeps a secret. It is officially revealed during episode 13 in which he follows her voice into a trap (it was actually Shadow). He gets jealous of Dan because of the way Mira pays attention to him. He was the second recruit for the Resistance. Ace battles with Darkus Percival and Trap Bakugan Falconfly