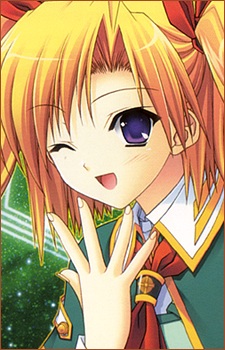 
Younger sister of Kazuhiko Nitta. An even better computer hacker. She does not have a stable relationship with her older brother, as the two would always argue when they see each other. Although, when they were younger, it seems that she used to look up to Kazuhiko until she realized that her brother was not serious in anything back then. In the end, she and her brother get along, and she once again looks up to him.