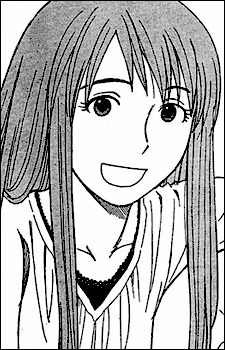 
The eldest of the three Ayase sisters, Asagi lives at home while attending a nearby university. She is depicted as an attractive young woman who enjoys teasing people, especially her parents; her friend Torako describes her as a horrible person for teasing Ena. She is the best of her family at managing Yotsuba, and her mother claims she was much like Yotsuba when she was young. Asagi's irreverence may have come from her mother's teasing when she was a child—for example, when Asagi found a four-leaf clover, Mrs. Ayase asked for a five-leaf clover instead, which Asagi could not find. (Source: Wikipedia)