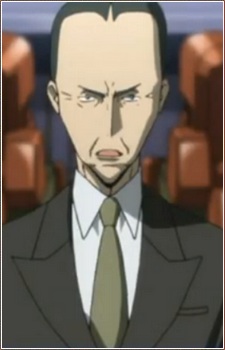 
The former Japanese chief cabinet minister of the Japan's administration, led by Prime Minister Genbu Kururugi, before Britannia's invasion. He fled to chinese federation after the war. After the civil unrest caused by Zero, he announces the resurrection of Japan from Fukuda Base, Kyushu. However, Suzaku Kururugi's Lancelot and Zero's Gawain manage to take the Base and capture the minister while he tries to flee away back to the Chinese Federation. He is last seen taken in custody with other former members of the Japanese Government by the Brittanian forces. (Source: Code Geass Wikia)