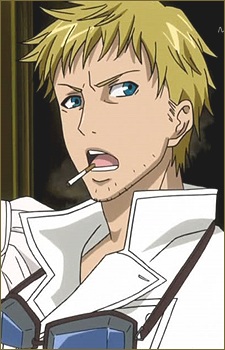 
Baldroy, usually referred to as Bard, is the household cook of American descent. Bard gruffly treats everything as though it's a military exercise, often referring to troops, enemies, and weaponry when he goes off into one of his many long-winded speeches about what it truly means to appreciate the culinary arts. He rarely produces anything edible as he uses weaponry such as a series of flamethrowers, each more extravagant than the last to cook and believes cooking is an art requiring explosions. Sebastian believes anything he creates is made up of charcoal and carcinogens. It's unknown if the food he produces is actually edible. Baldroy was a former soldier who was left in the battlefield and was hired by Sebastian. (Source: Wikipedia)