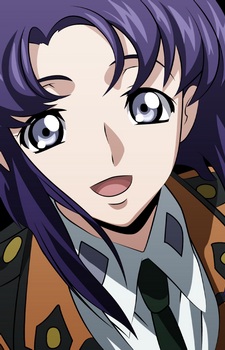 
Age: 24 Zodiac: Virgo Blood type: O Cécile Croomy is one of the Lancelot's developers and Lloyd's assistant. Cécile is a kind-hearted woman and a good friend to Suzaku, often helping him with homework. She also acts as Lloyd's conscience, not hesitating to scold him or physically punish him for his unintentionally rude remarks. Cécile is a capable Knightmare Frame pilot, managing to single-handedly hold the entire contingent of Black Knights sent to occupy Ashford Academy during the Black Rebellion at bay using a Sutherland modified with equipment from the Lancelot. Prior to joining Lloyd in the military, she studied at the Imperial Colchester Institute. A recurring joke is that Cécile is a bad cook, which no one has the heart to tell her: her recipes includes onigiri mixed with blueberry jam and sandwiches made with ginger, sugar, and wasabi.