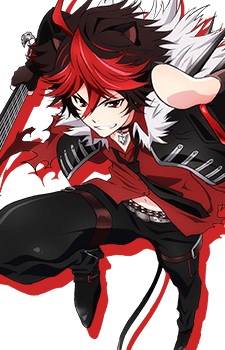 
The leader of Shingan Crimsonz, he is a Hedgehog Mummon who aimed to be the best rocker in MIDI City. Shown to be as impulsive and vulgar, he usually boast his skills in music and tends to disagree with Aion and Yaiba. Being from a family of Dairy Farmers, he sometimes thinks his fans are cattle to him which is considered an insult to them. However, he is very skilled in music and wields the ax-shaped Red Tomahawk Guitar. (Source: Wikipedia)