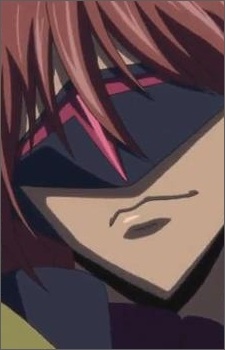 
David T. Darlton is a quick-tempered, dark-skinned and red-haired man. He is the member of the Glaston Knights member who has the highest respect for his adoptive father, Andreas Darlton. He is also the only member who was ever affected by Lelouch's Geass. David makes his first appearance, along with the other Glaston Knights, after arriving in Area 11. David plays a role in defeating the Black Knights during their attempted rebellion in the season one finale. David first reappears participating in The Black Knights members' execution, as well as keeping a watch for Zero in the case that he would come to rescue his subordinates. He desires to kill Zero out of revenge for killing his father. However, before the execution, Lelouch tricks him and cast his Geass upon him; he then gives the order to shoot Rolo so that Lelouch can "save" him. During the second battle of Tokyo, he and the remaining Glaston Knights fight against the Black Knights and manage to hold their ground. However, he is killed by Chiba with Kallen's assistance and apologizes to his father for letting him down and asks for forgiveness as his Knightmare explodes. Claudio yells David's name as what is left of David's Knightmare falls. (Source: Code Geass Wiki)