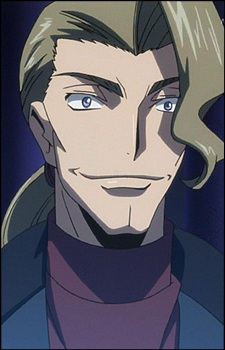 
Age: 31 Zodiac: Aquarius Blood type: AB A member of the Press Bureau Staff of Hi-TV. He is a graduate of the Imperial Britannia Central University's Faculty of Law. He seems to be quite interested in Zero, and the way he manipulates the media for his ends. He later joins the Order after getting demoted for allowing Zero to broadcast his message introducing the Order of the Black Knights. In the very first episode it is shown that he also harbors contempt for the royal family of Britannia and the bootlickers that surround them. (Source: Wikipedia)