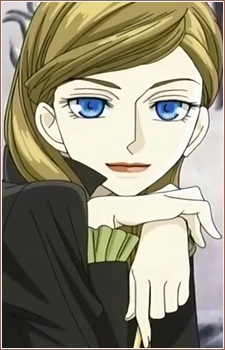 
Éclair is the beautiful, shrewd heir apparent to the France-based Grand Tonnerre Group, which now employs Tamaki's mother as a servant in Éclair's house. Having heard a great deal about Tamaki from his mother, Éclair develops a kind of crush on him and concocts a scheme to make him her husband. She tracks down Tamaki in Japan and convinces him to leave the Host Club, offering him a chance to see his mother if he complies with her wishes. She secures non-interference from the Ootori group by arranging for the Grand Tonnerre Group to buy up Ootori Medical so as to control Kyouya's father.