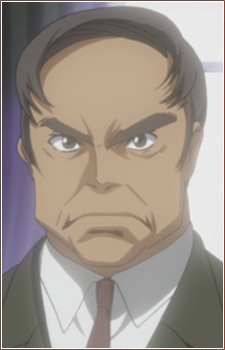 
Genbu Kururugi (æž¢æœ¨ ã‚²ãƒ³ãƒ– Kururugi Genbu) is Suzaku's late father, the last Prime Minister of Japan, and host for both Lelouch and Nunnally Lamperouge during their exile as political hostages seven years prior to the start of the series. When Britannia began its invasion of Japan, Genbu refused to surrender, preferring unending resistance against Britannia. In an argument over whether to stop the war against Britannia he was murdered by his own son, Suzaku. In the immediate aftermath of the incident, the truth behind Genbu's death was covered up by his associates, who are later known as the Kyoto Group, and reported as seppuku, noble suicide. In Suzaku of the Counterattack, Genbu is secretly working with Britannia to undermine Japan's leadership. Suzaku overhears his conversation with the Emperor and is forced to kill Genbu. In the Nightmare of Nunnally he decides to kill both Lelouch and Nunnally but before he can C.C. kills him with Suzaku witnessing the act. (Source: Wikipedia)