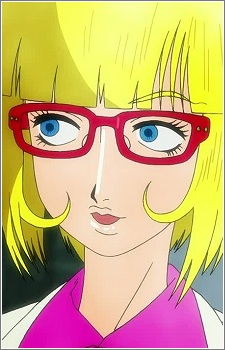 
Dr. Irabu is the son of the founder of the Irabu General Hospital. Irabu is a psychiatrist with a care-free, eccentric, and childlike personality. He changes appearance throughout scenes. In his first form, he is slightly overweight wearing bright clothes under his labcoat with a large green bear head that can change expression to suit his. "Middle Irabu" is slimmer, wearing his normal attire. In this form he has long blond hair, red glasses, and a pair of green bear ears. His personality in this form is notably effeminate. His final form is "little Irabu" (him as a boy), with an over sized lab coat, and shorts instead of trousers. He is quite mellow in this form, but can get ecstatic. Irabu has a strange angle to his line of medicine, insisting that all his patients have a vitamin shot (Irabu has a fetish for injections) and insisting that his patients face their problems head on. He is seen by other psychiatrists as obscene and childish, although his treatments seem to work.