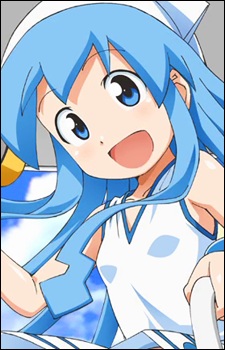 
A squid girl who claims to be "A Messenger of the Sea". Frustrated about her ocean being polluted by human beings, she planned to conquer the world to exact revenge on humanity. However, she soon realizes that she doesn't stand a chance against anyone, as she is clueless about the surface and is alone in her conquest. As a result of breaking a side of a beach house's wall during her invasion, she is forced to work there and learns more about humans and their ways. She is known to be very stubborn, insists that eventually she'll be able to conquer humanity, has a fear of sharks and killer whales, loves shrimp, can spew out ink at will, and can use her blue hair as tentacles. 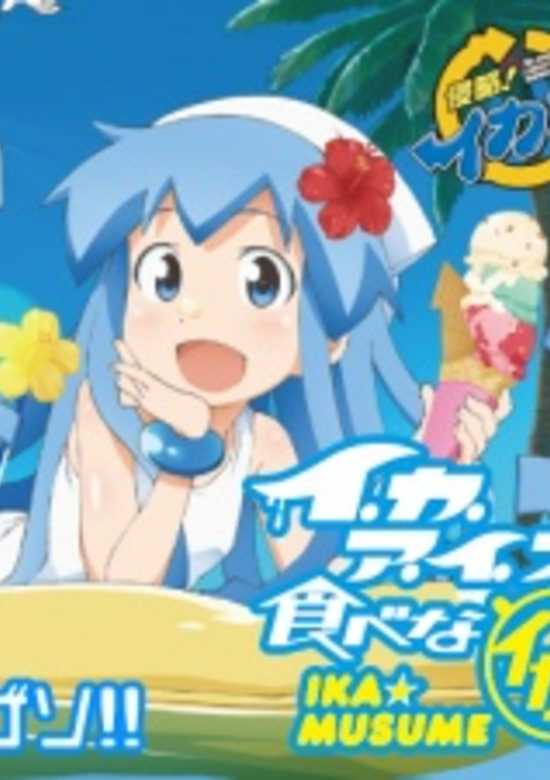 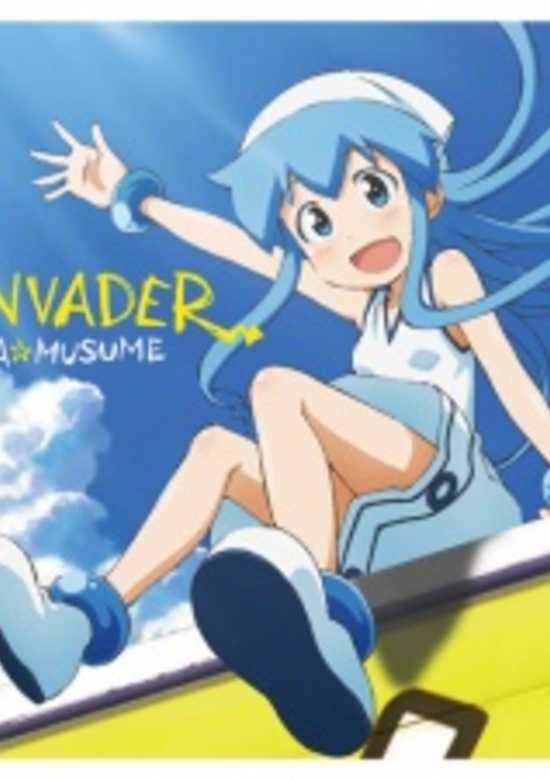 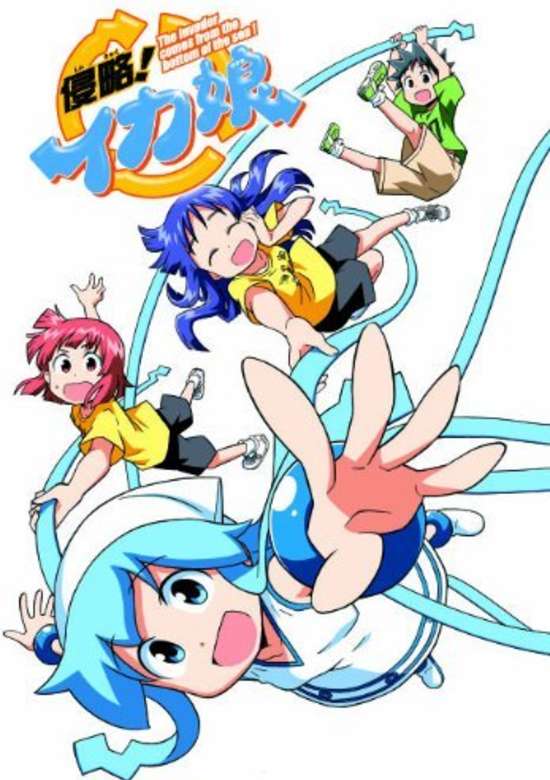 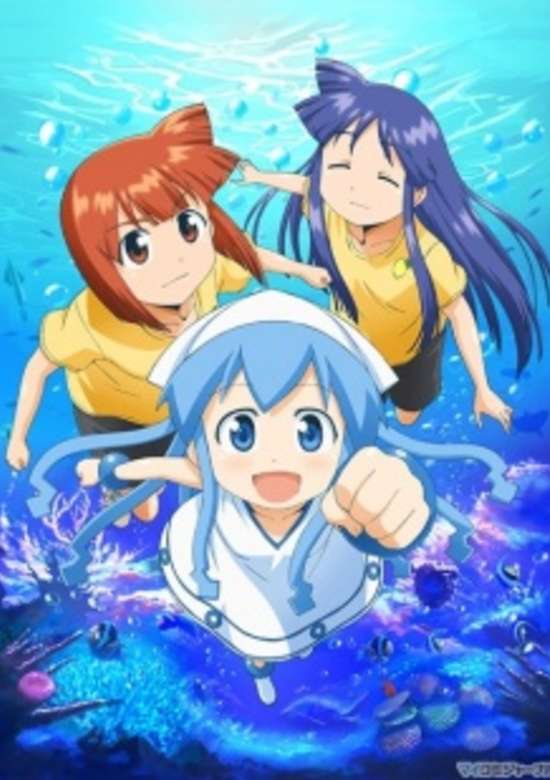 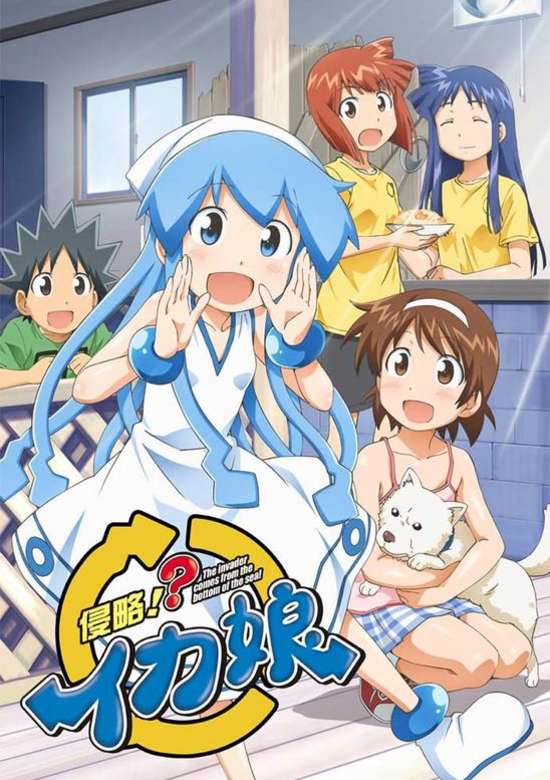 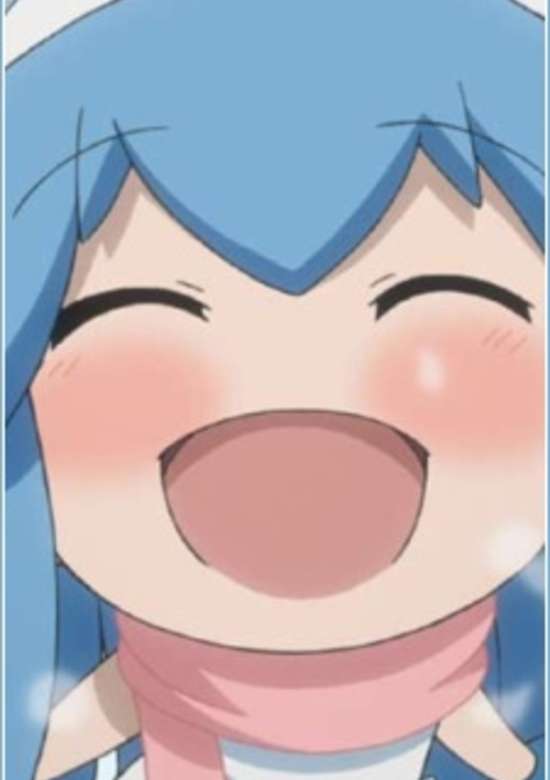 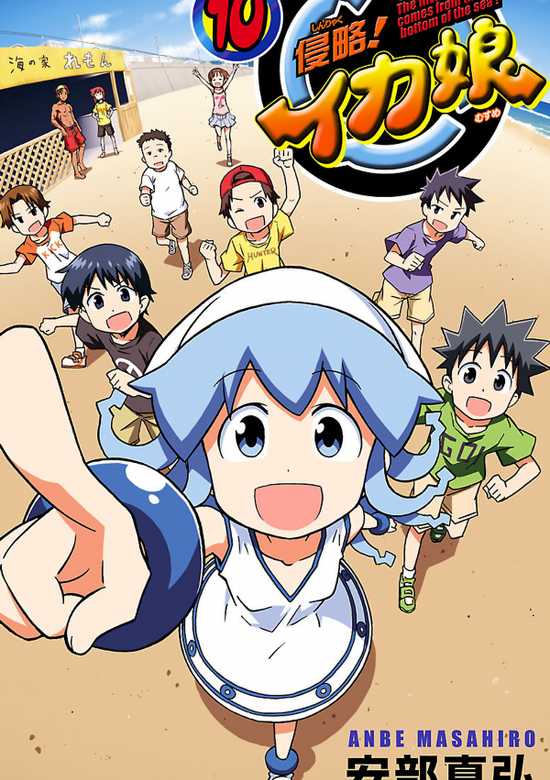 Shinryaku! Ika Musume
The Invader Comes From the Bottom of the Sea!
侵略!イカ娘