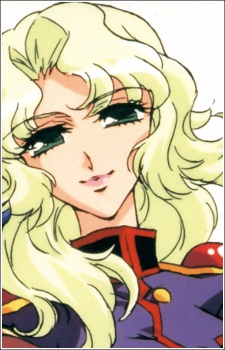 
Akio's fiancee, daughter of the school's Trustee Chairman. She is unnerved by Anthy, who deliberately distances herself from Kanae. When Kanae enters the Black Rose interview, she reveals that she finds Anthy to be creepy and intolerable. Her distrust for Anthy drives Kanae's hatred during her Black Rose duel with Utena, starting the cycle of the Black Rose duels. In the Final Saga of the manga, Kanae becomes a "Body Without Soul"; she doesn't move or speak and is always with Akio. Kanae only appears briefly in the Utena movie. She is seen dancing with Akio and later appears grieving over his body when it is discovered in the rose garden. * Sword: Rapier * Drive to Duel: To get rid of her superficialty.