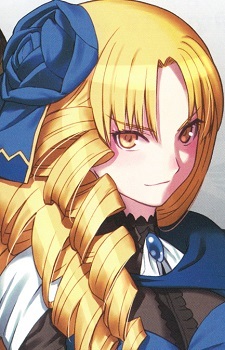 
Daughter of the distinguished lineage of magi of the Edelfelt, Luviagelita is their young and talented family head. A student in Clock Tower, the Mage's Association academy, she is one of the candidates for the position of student's president for the current academic term. As long as Rin is not nearby, Luvia's attitude is always graceful, never blaspheming and with a beauty similar to a swan. Of course, that is just a facade and she is actually very competitive and suffer with perfectionist tendencies. She has fair orangish-blonde hair. A Finnish who is expert in the use of the Gandr shooting curse, she is also trained in the England-original Lancashire-style of martial combat (which is quite similar to pro-wrestling...) and received the nicknames of "Hunting Dog of the Ring" and the "Forklift Lady" for it. She also makes use of the same Jewel Magecraft as Rin. Usually wears a blue dress, the sleeves of said dress are optional attachments that can be easily and quickly removed in times of battle. Although rich, Luvia does not tolerate wasteful spending. However, she knows that such spreading of money is meaningful because aristocrats are aristocrats. Understand that commoners do not have good views about the aristocrats, but loves them strongly because she understand them. She accepts that her fate is to marry a high-class gentleman of noble birth, but her personal tastes are more towards a simple man. Has in Toosaka Rin a worthy rival due to their similarities, their encounters always result in fierce clashes. After a year together, a silent agreement was forged within the Department of Mineralogy of Clock Tower that "Toosaka and Edelfelt must not attend classes together." The facade that she built for herself was withering away after a decade of use and her bad temper was already starting to appear, but after Rin showed up her daily life improved. On a certain occasion, Luvia tried to reserve the 28th room in the top floor of the Norwich Students Dormitory entirely for herself, but that became impossible when Rin also asked the same room. After a series of events that resulted in the recommendation letter that Rin got from a Lord being tore apart, a big fight broke out and a reception desk was destroyed in the process. Afterwards, both were forbidden from ever entering the dormitory again. So, because boarding houses are too small, she bought a European-style mansion for herself live in. During the Zelretch box incident in Fate/hollow ataraxia, a telephone call connected to a Luvia of a parallel timeline three years in the future. A series of events that started with her delivering a important essay that she wrote led to she and Rin falling from the London Tower. They survived the incident thanks to the intervention of Shirou Emiya, and in the aftermath received the nickname of Mary of July (Luvia) and Poppins of July. Eventually, she and Shirou (who she calls Shero (ã‚·ã‚§ãƒ­, Shero)) became partners and started investigating a cruise ship casino called Fem's Casa. (Source: Wikipedia) 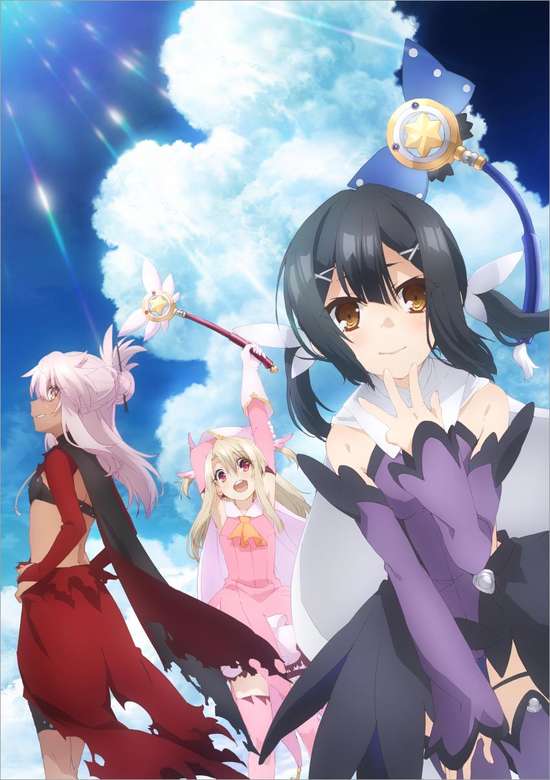 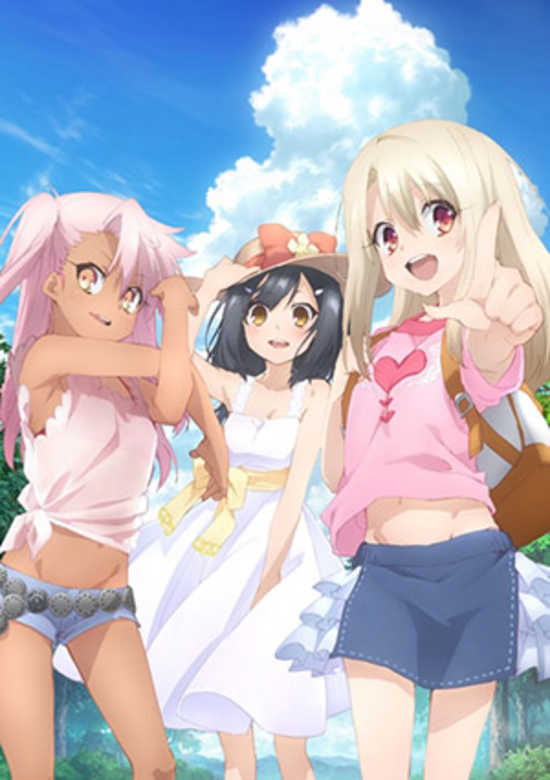 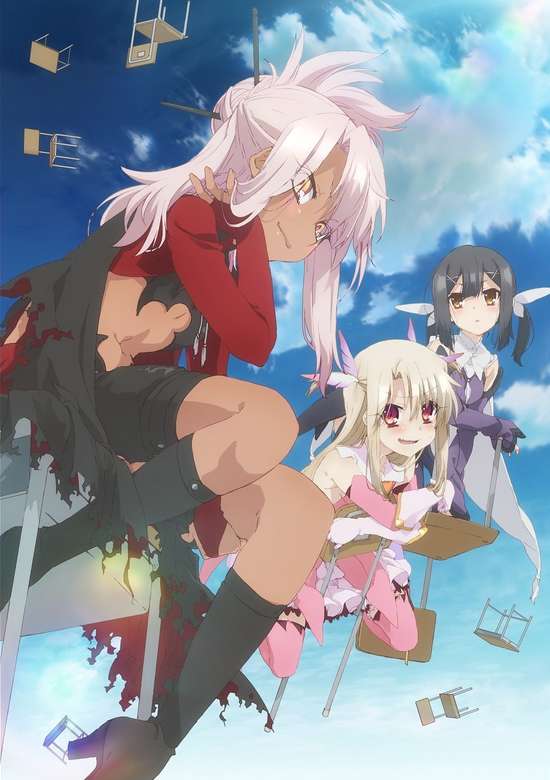 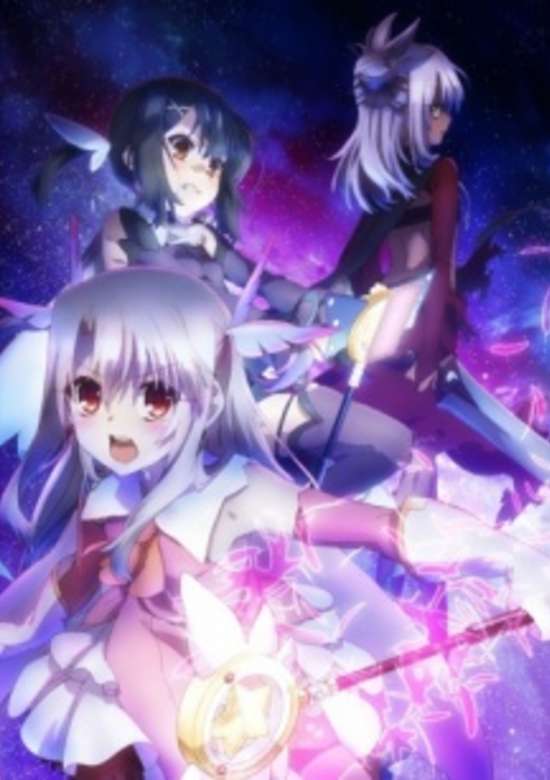 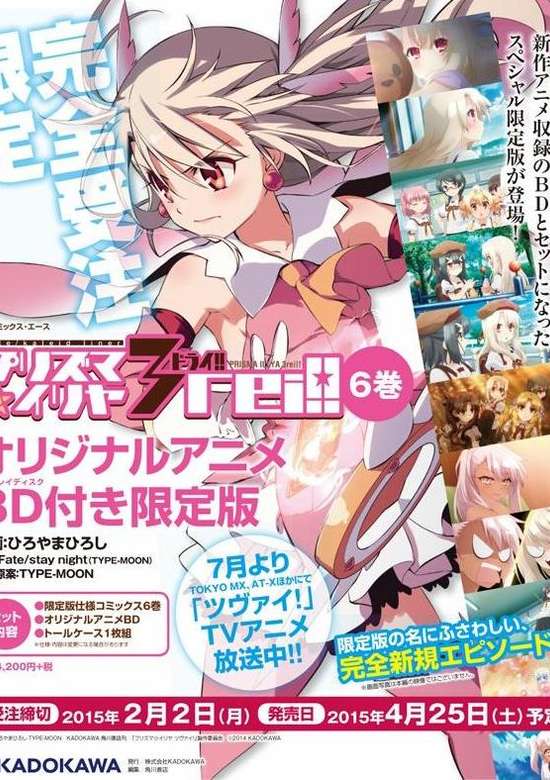 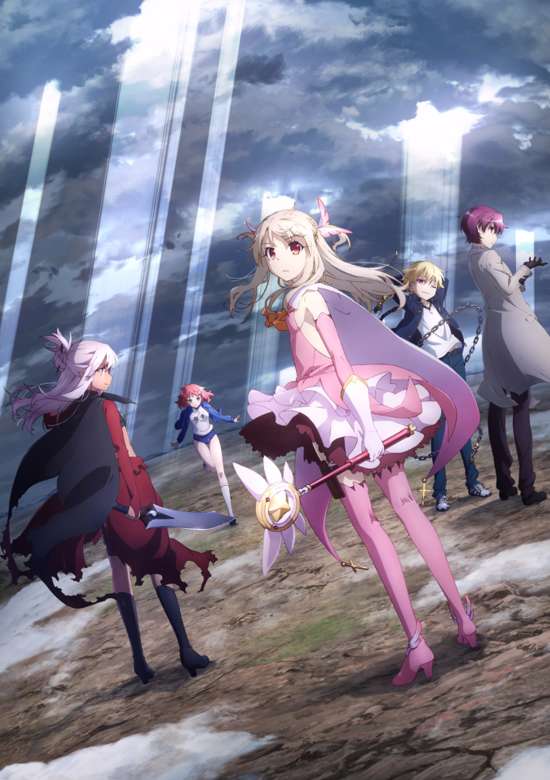 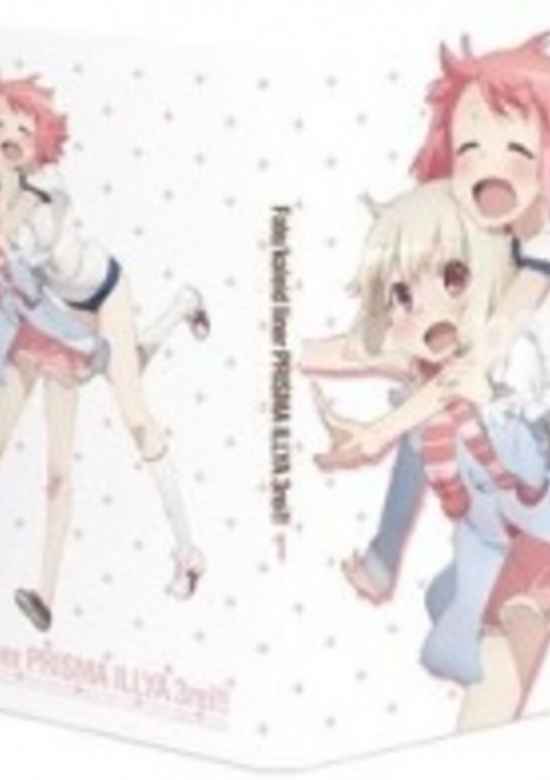 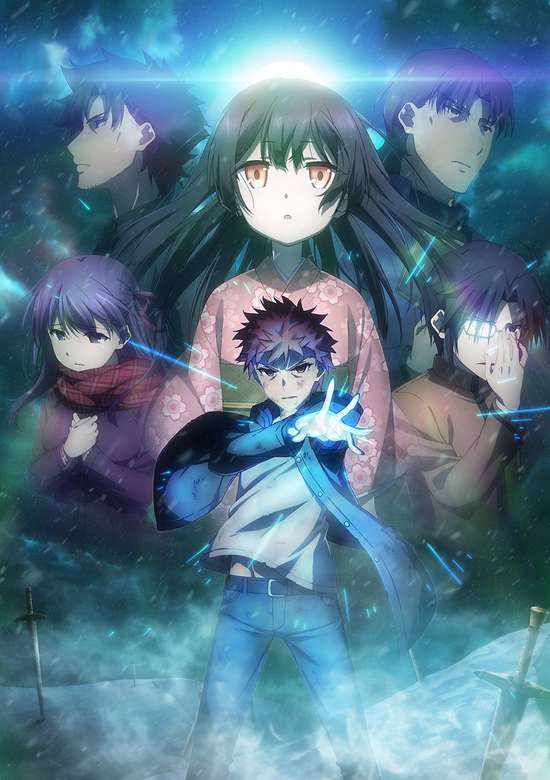 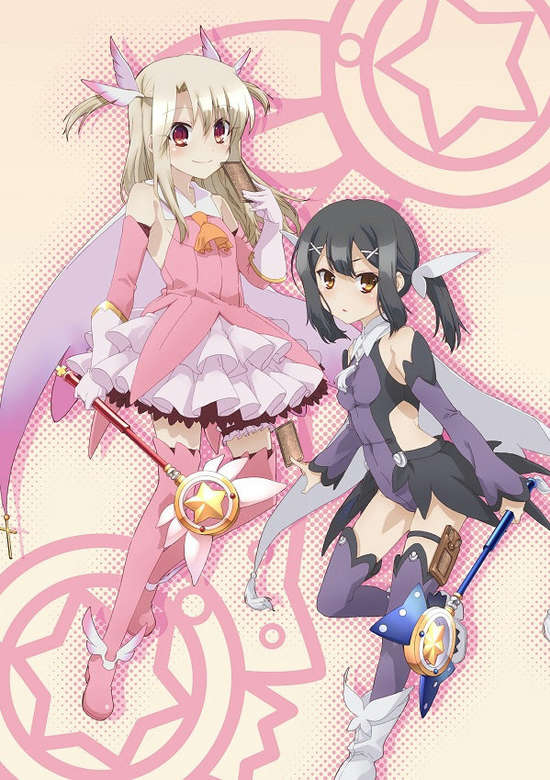 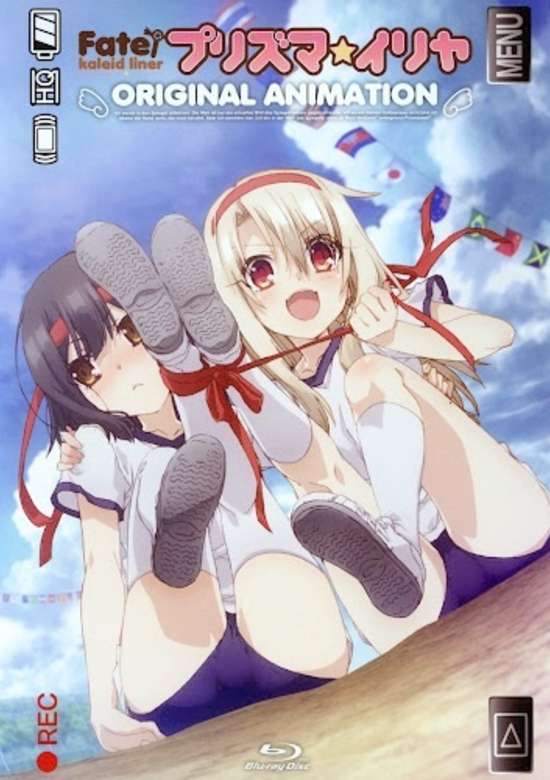 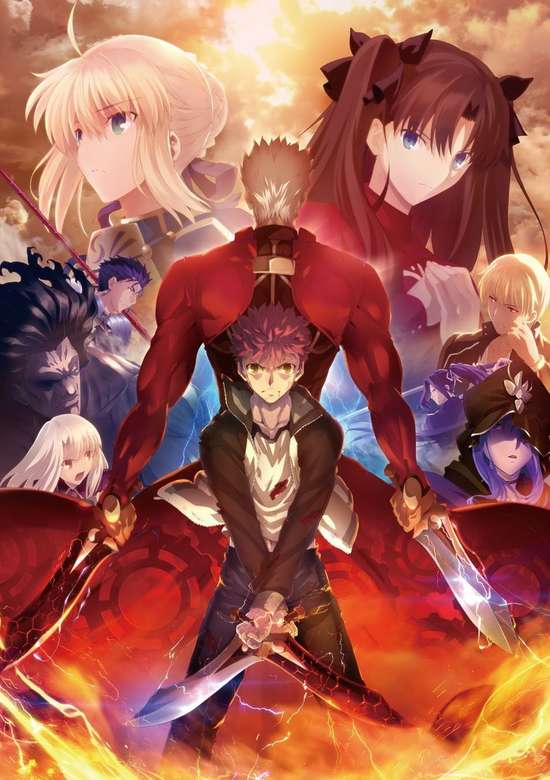 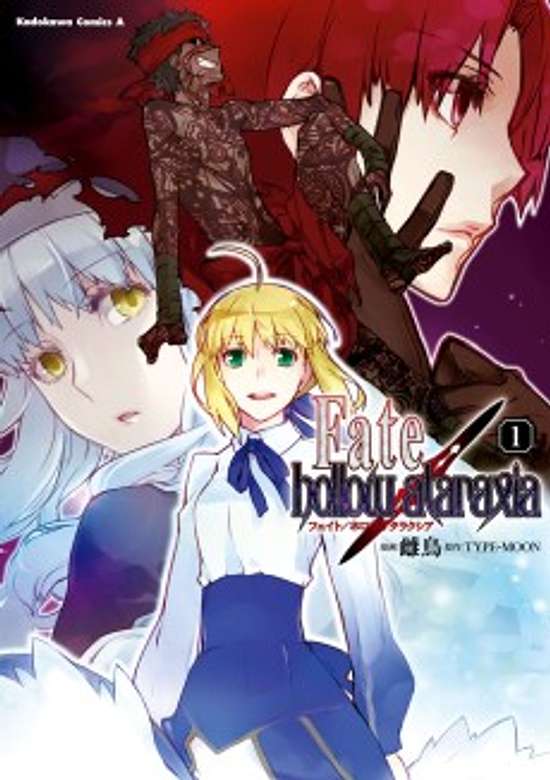 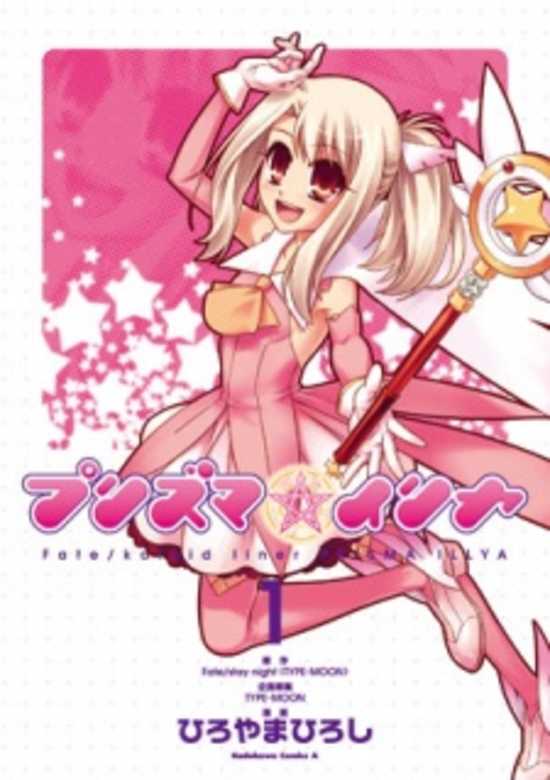 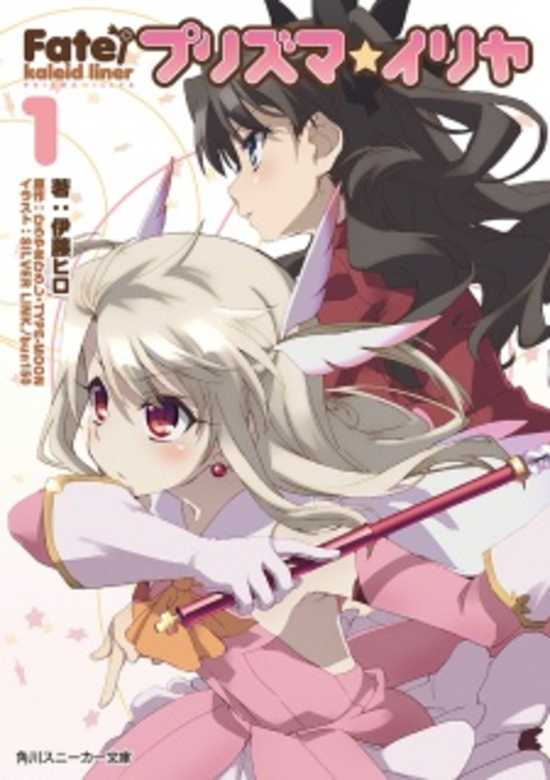 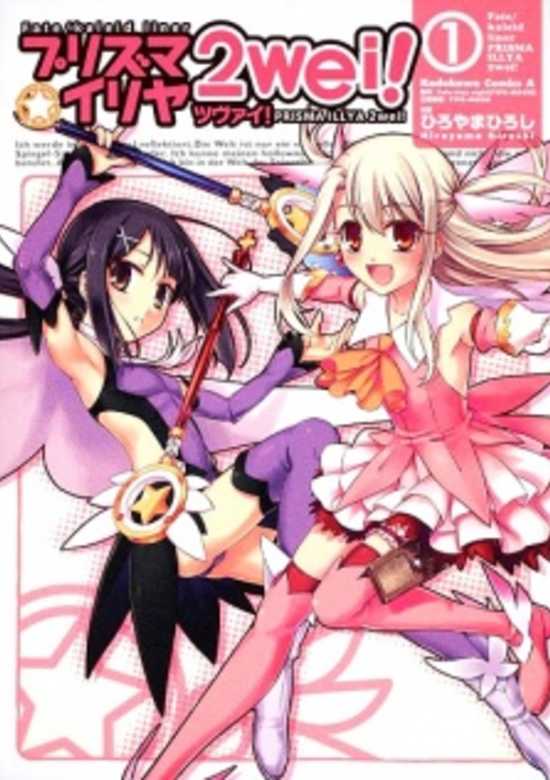 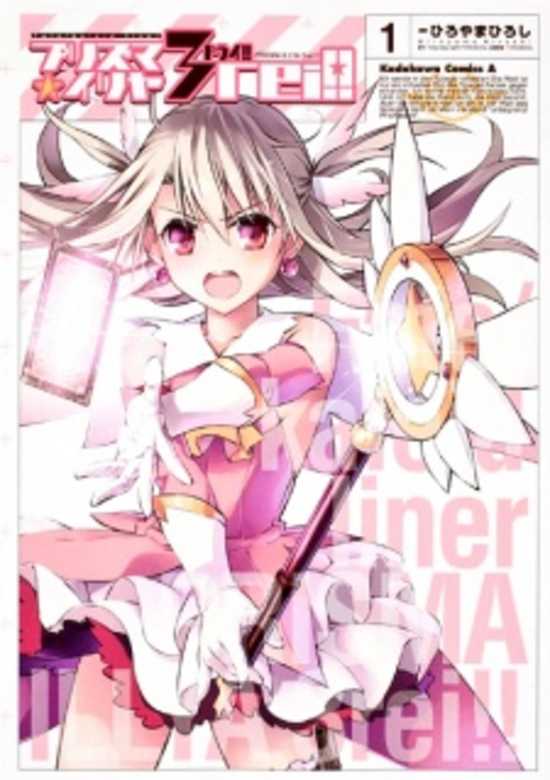 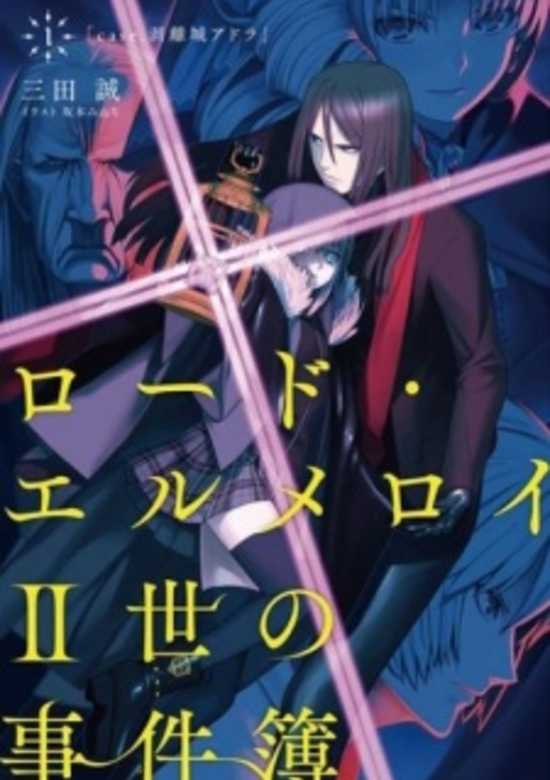 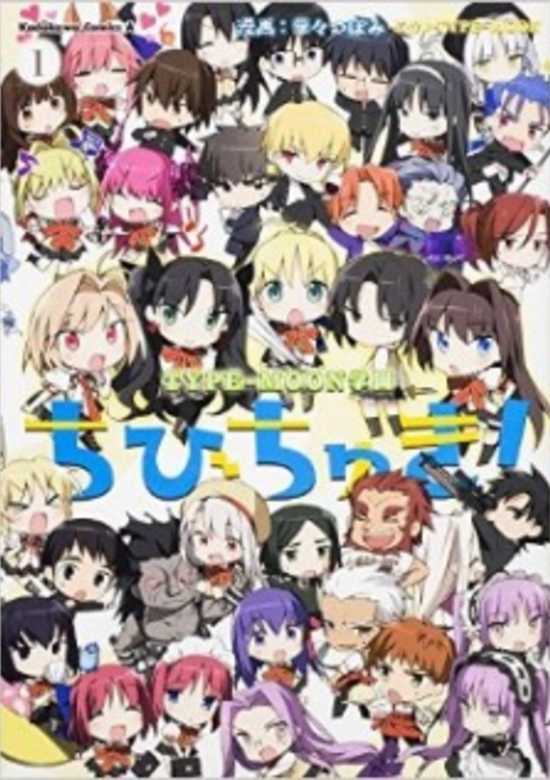