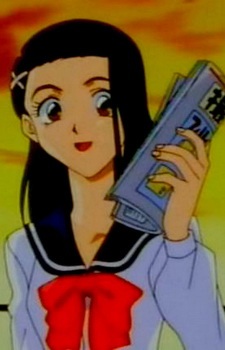 
Mikako is Riho and Shunichi's friend. Like Shunichi she also enjoys film making. However, she is just as puzzled and alarmed as he when Riho becomes a vampire and starts acting strangely. In order to calm herself, she becomes addicted to pills of Chinese herbs which later prove disastrous to both her and Shunichi as they become sitting ducks for Nightbreeds when using them. (Source: AbsoluteAnime)