Rose Color: Blue Rose Bride: Kozue Kaoru Sword: Épée Blood type: O (Anime) Drive to Duel: To find "that which shines" Miki is a highly skilled and polite seventh grader who befriends Utena, despite their role as possible opponents in the duels. A piano player par excellence, Miki has fond memories of playing songs with his twin sister Kozue in his childhood, but her refusal to play with him in the present — the symbol of a much deeper rift — gives Miki a sense of loss. His crush on Anthy in the anime (but on Utena in the manga) develops when he realizes that they remind him of his estranged sister. In both adaptions, his drive to duel stems from a desire to find something to replace Kozue in his affections. All the females of the school, even older ones, idolize him, but Kozue threatens any girls who attempt to get too close to him. Likewise he is very protective of her, and so she tries to make him jealous by dating as many boys as possible. He is a member of the Student Council, his position appearing to be the council secretary. He frequently appears with a stopwatch in hand. Miki is also a member of the fencing club. In the movie, Miki is shown as having a stronger relationship with Juri, and he more clearly is beginning to resent his sister. He and Kozue bathe together in one scene, in which he tells her that they can never be as close as they once were and she presses razor to his throat and accuses him of being a traitor. It is implied he has a part in turning her into a car like Utena or Shiori, though this is never elaborated on. (Source: Wikipedia) 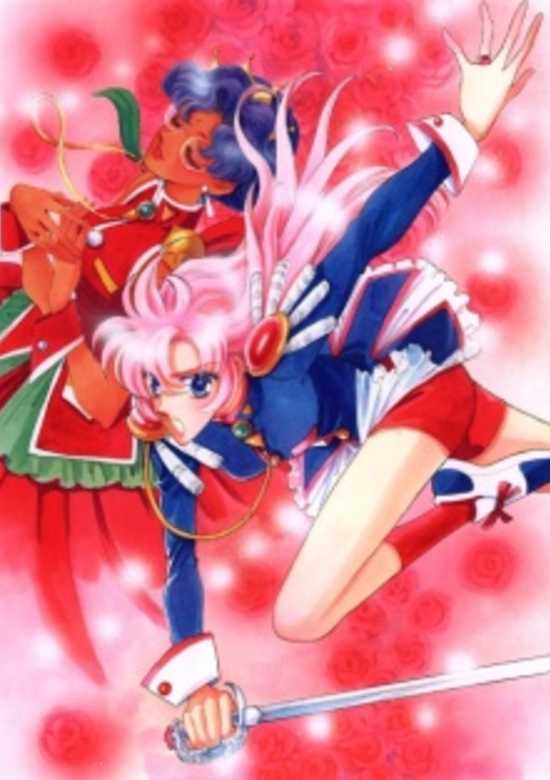