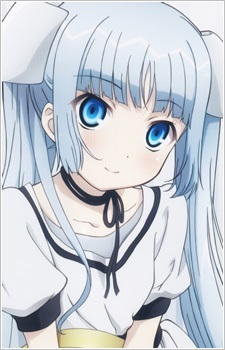 
She is an idol who lives in a white-techno castle with her robotic friend, Ru-chan. She was betrayed by her "manager," Mana-chan who took 19.3 billion of her money. As she wanders in the street after the incident, she bumped into Manager Maneo, dreaming of becoming an idol—who must have a manager first—she currently works at a convenience store. Miss Monochrome was actually an idol hundreds of years in the past alongside a rival. However due to an alien invasion her rival was killed. They made a promise that when her rival was reborn they would be idols together once more. Miss Monochrome waited many years in the same spot for her rival to be reborn until she eventually forgot her purpose for standing there waiting. Eventually when she sees the idol Kikuko on TV who looks like her rival in the past she feels the sudden urge to become an idol once more and sing alongside Kikuko, even though she doesn't remember her rival anymore. Hence why her obsession towards becoming a real idol. 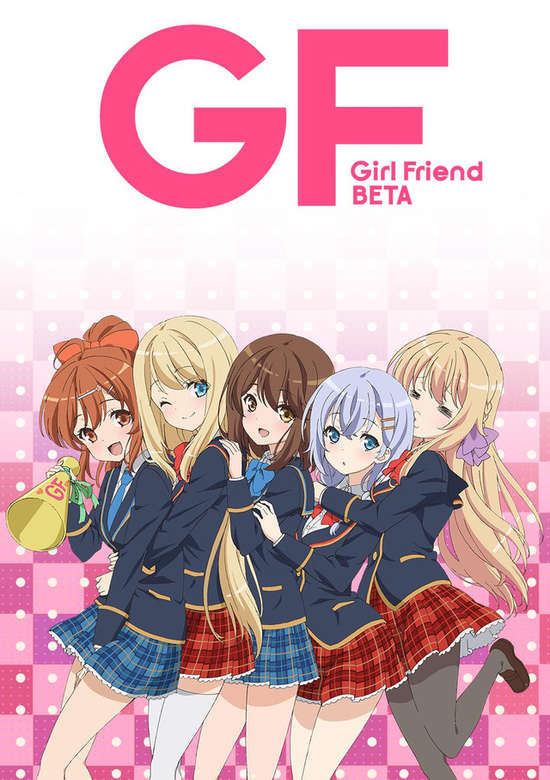 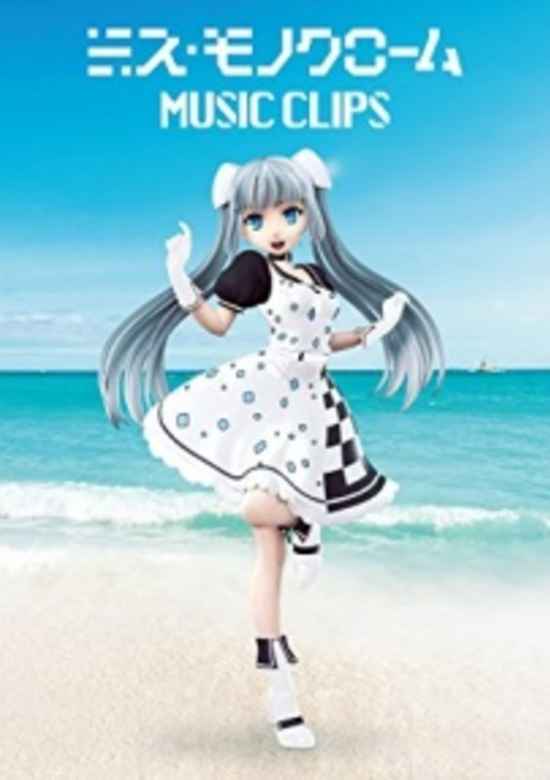 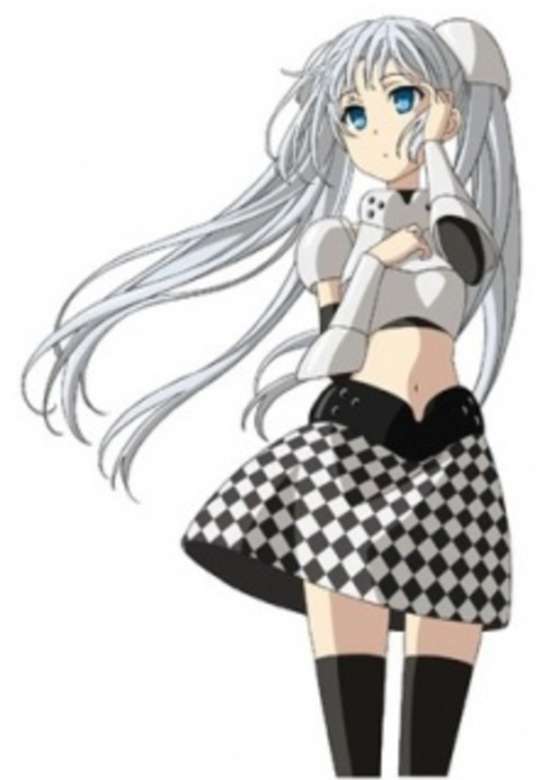 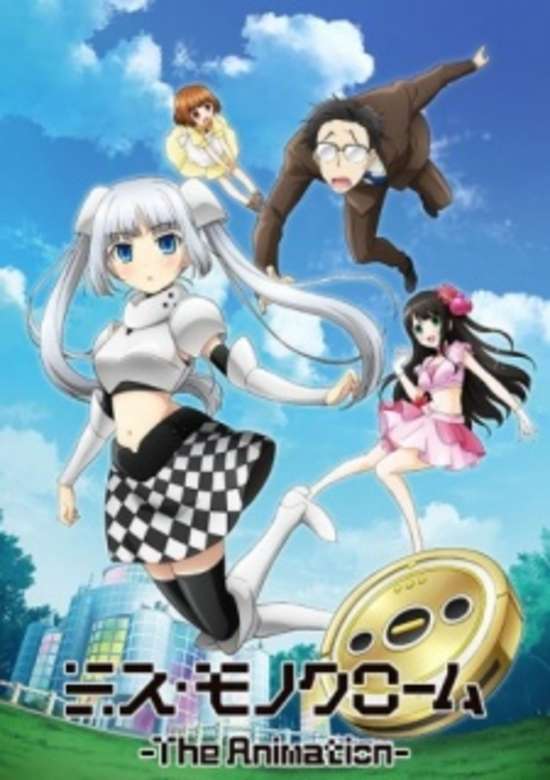 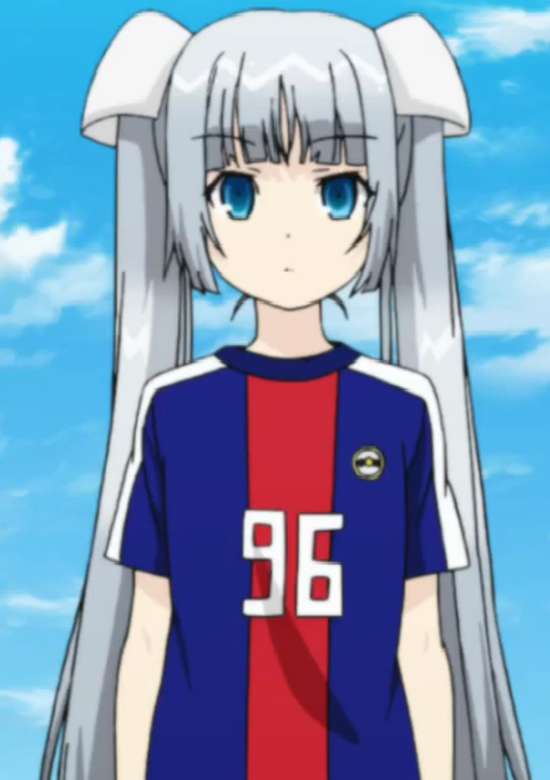 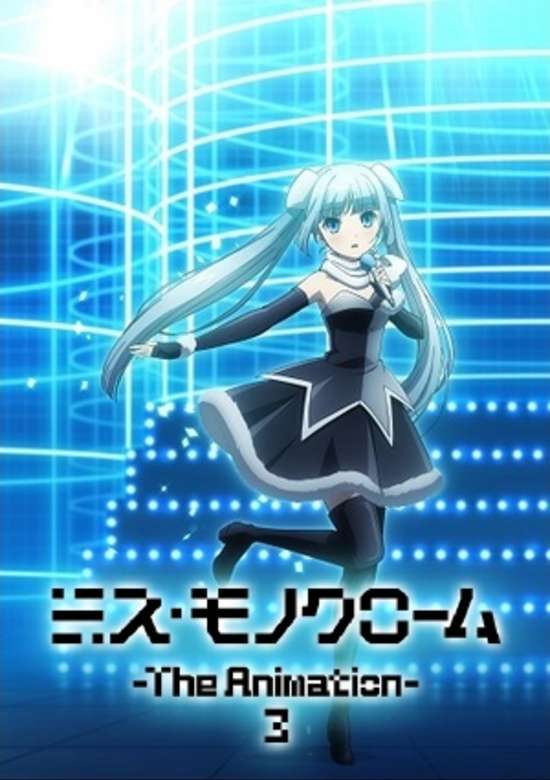 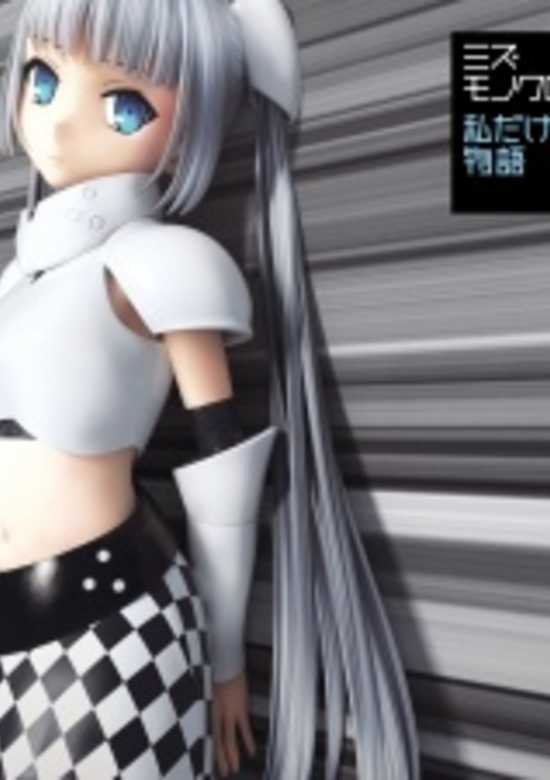 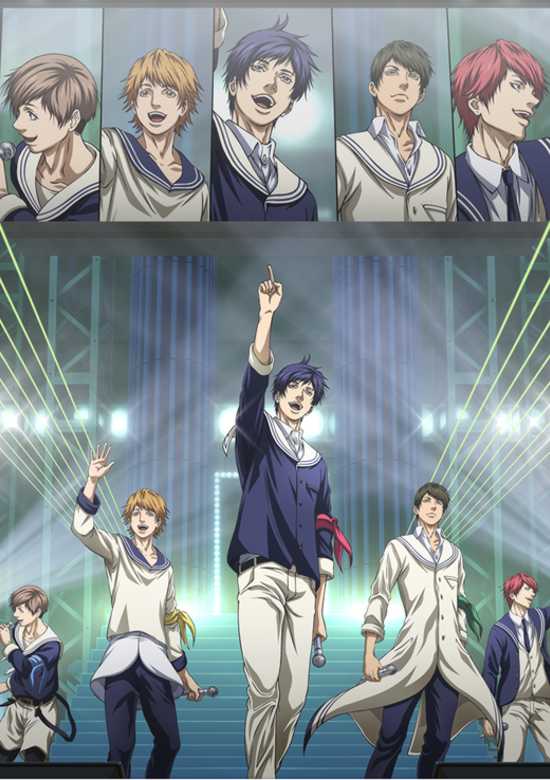 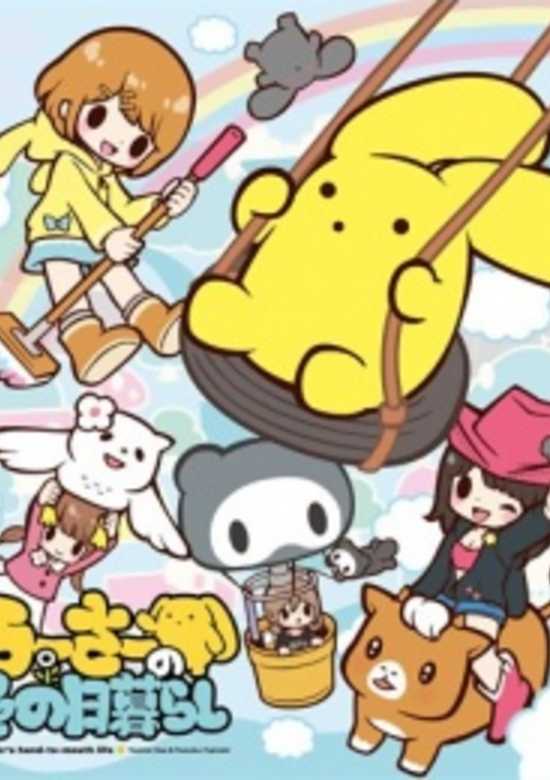 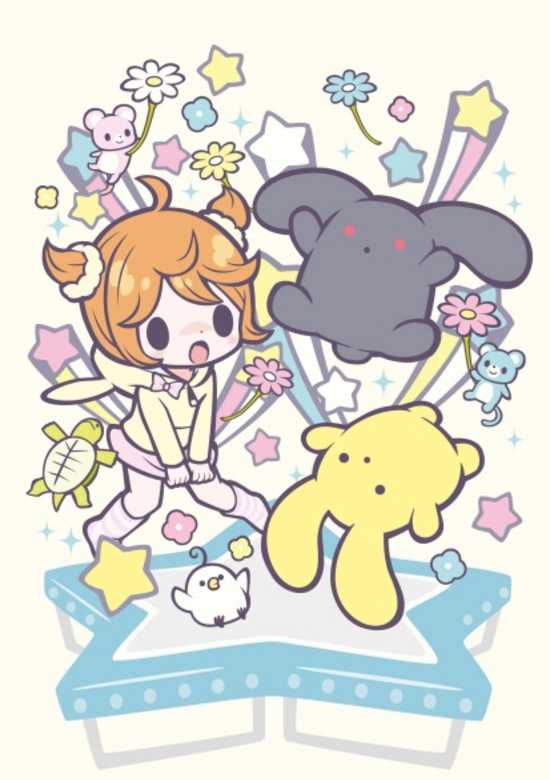 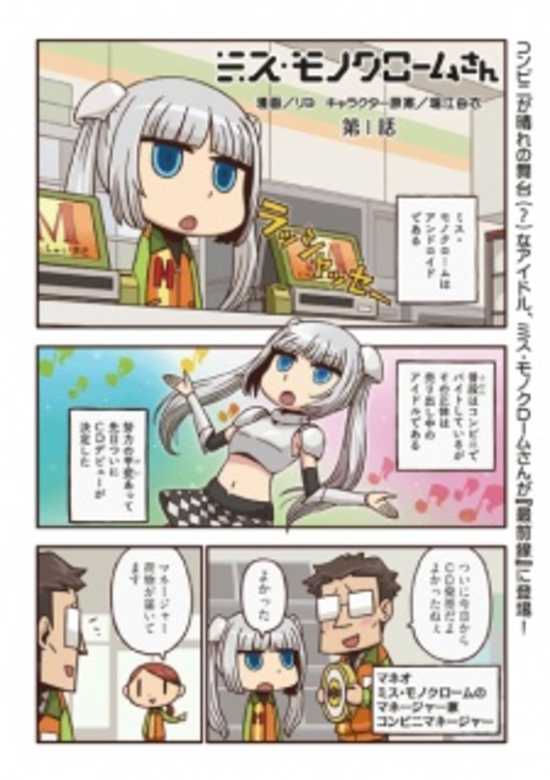