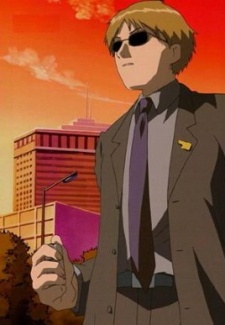 
Mitsuo Yamaki is a major secondary character in the Digimon Tamers storyline. He figures within the earlier part of the series as a troubled anti-heroic vigilante who is defeated in his plans by the very forces and tools which he used in his mission to rid the human world of the Digimon. He then becomes a valuable ally of the Tamers in their efforts to save both the Digital World and the Human World from the destruction committed by the D-Reaper.