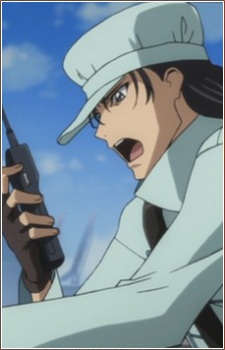 
A long-haired member of the Resistance, who drove the truck carrying the supposed poison gas (in reality C.C.), in episode one. Originally a potter before the invasion of the Britannia Empire, he lost his wife and daughter in the ensuing war. He later becomes critically injured during a chase between him and Britannia forces and pulls off a suicide bombing along with his truck. (Source: Wikipedia)