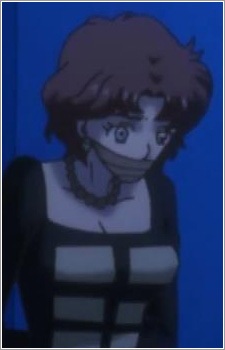 
Mayumi Osaka was the name given to Naru's mother in Pretty Guardian Sailor Moon; in the other series she was never given a name. In all versions of Sailor Moon, she owned a jewelry shop, and was either replaced or possessed by a Youma who became Sailor Moon's first opponent. In the manga and live-action series, she never appeared outside of the first Act, but in the anime, she appeared again a couple of times. In episode 23 she showed Naru a rare crystal that had a silvery shine, which Naru mistook for the Silver Crystal and later stole in order to give to Nephrite in his guise as Masato Sanjouin. She also appeared in episode 47 when Naru was attacked by the Cardian Vampire. In the video game Sailor Moon: Another Story, she and Naru were attacked at the beginning of the game by Cenicienta, but were saved by Sailor Moon. She expressed her gratitude and spent the rest of the game as the clerk at Osa-P, selling various items. (Source: Project WikiMoon)