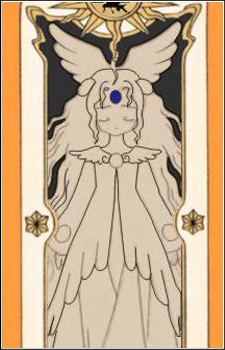 
In order to balance the immense positive magic of the Clow Cards, Clow Reed created the Nothing Card (ç„¡), containing negative magic equivalent in magnitude to the other fifty-two cards. Anything that comes into contact with it will cease to exist. Nothing appears in the second movie and is terribly lonely in the beginning, unable to interact with others without destroying them. The only beings that can interact with her safely are the other Clow Cards. As a result, Nothing tries to steal the Clow Cards (now Sakura Cards) so that she would not be alone again. Nothing&#039;s presence is vastly encompassing, once detecting Eriol&#039;s attempt to call Sakura about the card and destroying the phone lines as a result. Nothing continues to steal the Sakura Cards and destroys everyone and everything that Sakura holds dear; Nothing likely views Sakura as a villain who stole her "friends" (the Clow Cards) and intends for Sakura to suffer the same pain of loss that it has felt for centuries. In the end, the Sakura Cards try to return to Sakura, and Nothing falls into hysterical despair, believing that her friends have abandoned her. However, Sakura convinces Nothing that it can be her friend, too, together with all the Cards. She returns Nothing to a Clow Card form and then transforms it into a Sakura Card by merging it with the Nameless card to form The Hope. All the damage and deaths caused by Nothing are then miraculously undone. Nothing is composed of a spherical force field of emptiness where nothing exists. In the center of this force field, one could make out a young girl with long, silvery hair wearing a frilled dress. There is a constant expression of sorrow on the girl&#039;s face. When captured and changed into a Sakura Card, she is clasping the winged heart that was the Nameless card and has, for the first time, a smile upon her face. Wikipedia entry