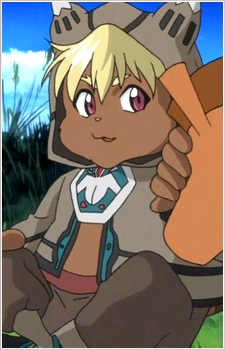 
Gender: Male Class: Harvest Cleric Real Name: Kojirou Nakamura Age: 62 Phyllo appears as a small Tu Tribe character dressed in a dark gray robe. He has the ability to hover when he moves and wields a gnarled wooden staff when forced into combat. Despite his rather cute appearance he nevertheless has a wise aura about him. Phyllo has become a sort of landmark in The World R:2. He can almost always be found sitting on the same bridge in the Root Town of Mac Anu. People of all classes, levels, and ideals come to ask him for advice, making him one of the most well known players in the game. His level is quite high, so he is able to wander through the game without having to worry about attacks by PKers. In the real world Phyllo is a 62 year old man named Kojirou Nakamura. He lives alone with a pet dog and 2 cats for companionship.Terminally ill with cancer he has decided to live the remainder of his life as a sage in The World.