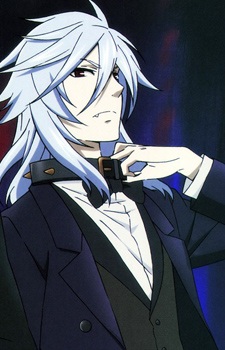 
Pluto, also known as the Demon Dog, is a large dog that terrorizes the town of Houndsworth until Sebastian tames him. Afterward, he lives at the Phantomhive Estate. He can breathe fire, walk through barriers and shape-shift into a human. As a human, he retains dog-like qualities. Although Sebastian hates dogs, Pluto has taken a liking to him and gets jealous when he receives less attention than a cat. He only listens to Sebastian's orders. Finnian is in charge of walking him, as he is the only one strong enough to do so. It is hinted that he might have ties to the organization that killed Ciel&#039;s parents, as he rested by the feet of one of the members and licked his hand, along with being with Angela prior to living at the Phatomhive Estate, later proven true when Ash uses him to set fire to the mansion and burn London. Ciel then orders his staff to kill Pluto to stop his rampage, stating that Pluto is no longer the Pluto they once knew. In the last episode Sebastian reveals that they did indeed kill Pluto, and offers to collect the bones for Ciel. Pluto appears only in the anime adaptation (Source: Wikipedia)