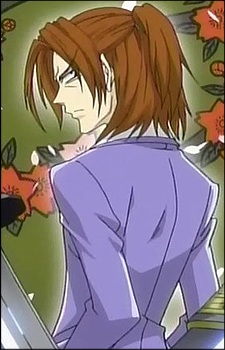 
Ritsu Kasanoda is the successor to the third generation master of the Kasanoda-gumi, the most powerful yakuza group in KantÅ�, Japan. He was raised at a young age to be the next leader so in effect most people see him as a very intimidating person and he has few friends because of it. Indeed, he's most well known for his long red hair and scary-looking face. Since Kasanoda's features have been intimidating since birth, his father claimed he had the right face to become the most frightening yakuza boss in history and actually trained him to appear tough and unapproachable. Kasanoda therefore initially doesn't talk much, though he can be angered easily. Despite his outward appearance and upbringing, he actually tends to be a kind person who enjoys helping others. There are several rumours associated with him too. For instance, if your eyes meet his, you'll suffer three months of nightmares. Also, if his shoulders bump into someone, he or she will be sent to the hospital. Finally, if someone tries to talk back to him, he or she goes straight to the graveyard. His classmates know him as the feared "human blizzard." Kasanoda initially seeks to apprentice under Morinozuka, hoping to become as respected and admired as he, despite Morinozuka possessing—to paraphrase Kasanoda's own words—"a face as intimidating as that of the guard dogs of Hell." He suffers some humiliations at the hands of the Host Club members, who steadfastly refer to him as "Casanova-kun" or "Bossa Nova-kun," all out of a desire to learn how to make friends and be able to have fun with people. Later experiences concerning a member of his household named Tetsuya show him that there are already people at his home who know his good side—they just didn't mention it because they knew he is not only kind-hearted, but also shy and easily embarrassed. Due to Kasanoda walking into a room too quickly, he has become the first person at Ouran High outside the host club to discover that Haruhi is a girl. He had a confused crush on her prior to learning she was a girl and consequently falls in love with Haruhi and attends the Host Club as a customer; however, when he tries to admit his feelings to Haruhi, he is rejected with no ill intent (even though Haruhi is usually quite adept when reading the emotions of others, she is usually quite clueless when others show a romantic interest in her), who considers him an understanding friend (this due to Kasanoda saying he had come to see her so Haruhi could talk to someone who knew her secret, so she could be at ease). Since Kasanoda has been told by Kyoya that Haruhi must appear to be male for "special reasons," he resolves to not cause her any trouble by publicly stating they'll be friends forever, so she won't have to worry about being thought odd by associating romantically with him. Kasanoda, of course, does not realize that the "special reasons" consist entirely of Haruhi's debt to the club. Ever since that incident in the host club though, his desire to have friends is fulfilled when everyone in the host club (hosts and customers) agree to become his friends. In volume 9, he gave Haruhi a tomato plant as a gift. Also, an update on his situation indicates that he's joined the Gardening Society of the school.In episode 25 of the Anime he is seen surrounded by female students, apparently embarrassed but certainly not angry. Interesting to note, several members of his household are covertly observing Kasanoda's school life from behind the bushes at the time. (Source: Wikipedia) 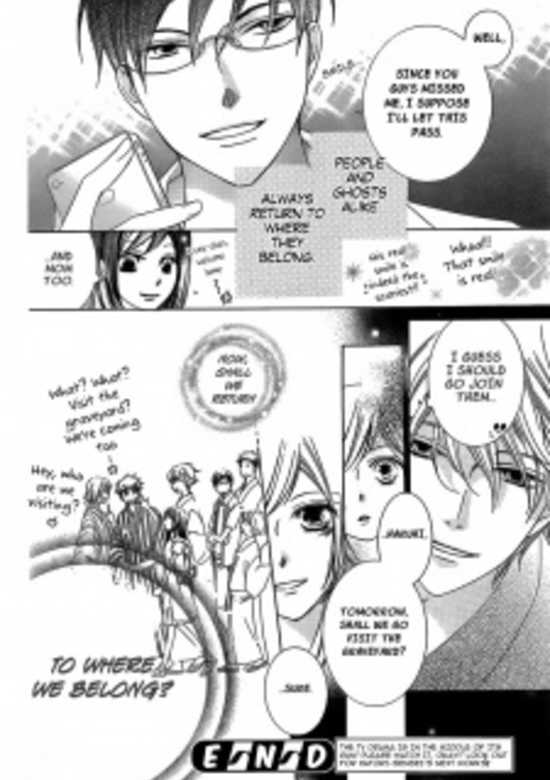