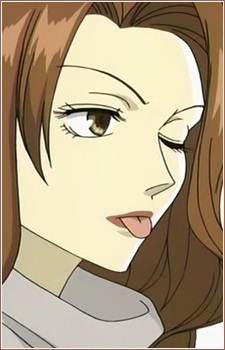 
Haruhi's father works at an okama (cross dressing) bar. He says that he was originally bisexual, but turned to cross-dressing after his wife's death because he could never love another woman. In contrast to Haruhi's practicality and lack of interest in material things, he is rather bad with money, and buys girly clothing for Haruhi in the hopes of getting her to dress more cutely. Haruhi's stubborn self-reliance causes her father to worry about her a lot; he would like to be more involved in her life and do more things for her, but she rarely lets him. However, the two of them do have a clearly loving relationship. While her father would like to be able to take care of Haruhi, it seems that often Haruhi ends up taking care of him instead.