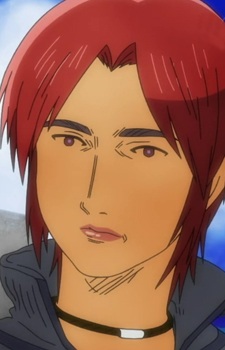 
Shinichi is the the fourth patient in Kuchu Buranko. He is and has been a professional baseball player on a team called the Swallows for 14 years. He comes to see Ichirou as a patient because he can no longer seems to throw a ball straight. He has been a very popular player who has appeared in the news and magazines many times but recently a new player on the team has taken the spotlight from him. He also shows up constantly in other episodes, either on TV or on magazines.