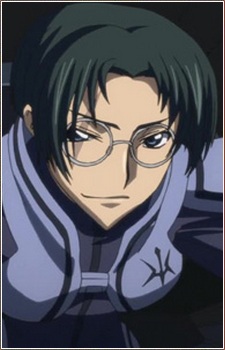 
Shougo Asahina is a male member of the Four Holy Swords. He wears glasses and has a distinctive scar down the right side of his face. He is the leader of the first squadron of the Black Knights. Like Chiba, he develops a distrust for Zero following the Black Rebellion, questioning his tendancy to keep secrets and bring on new members such as Rolo and Jeremiah with no discussion. During the second battle of Tokyo, he is caught in the blast radius of Nina's F.L.E.I.J.A. bomb, but not before transmitting information which he claims will prove that Zero can't be trusted.