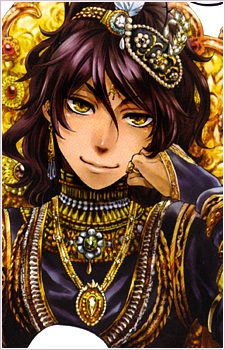 
The 26th child of the King of Bengal, Soma came to England with his butler, Agni, in search of a missing servant from his household. When he was young, he received a palace, complete with attendants, from his parents. Among those servants was a woman named Meena, a cook, who he came to see as an older sister. However, one day, Meena disappeared from the palace, leaving Soma devastated. Circumstances surrounding Meena's disappearance causes Soma to take his search for her to England, where he accidentally runs into Ciel and Sebastian in the East End. Though originally he orders Agni to fight on the side of the Indian thugs (calling them his "brethren") against Sebastian, when he hears that Ciel did nothing to provoke the thugs, he switches sides for the sake of honor. After the fight, he follows Ciel back to the Phantomhive manor and proceeds to make himself at home. He claims that as an acquaintance of his, under the customs of his home country, Ciel is now required to entertain Soma as a guest.