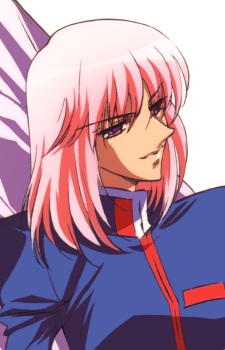 
Rose: Black Sword: Sabre Blood type: AB Myers Briggs personality type: INTJ Drive to Duel: To make Mamiya Chida the Rose Bride. (Anime) To finally defeat Mamiya's sister, Tokiko. Mikage is the pink-haired head of the popular Mikage Seminar at Ohtori Academy. He wishes to kill Anthy and install a boy, Mamiya, as the Rose Bride. Mamiya is the ill brother of a woman named Tokiko, and Mikage believes that he can save Mamiya if he wins the duels. His saber is reminiscent of the Sword of Dios. The Mikage Seminar is held in Nemuro Memorial Hall, a building famous for a giant fire in which 100 boys died. Their coffins appear to be stored in the basement, and Mamiya harvests the roses to create his own Black Rose duelists. When students are upset, they come to him for counseling and reveal their inner turmoil to him as they ride down to the basement in an elevator resembling a confessional. He gives each duelist one of the rose crest rings from the coffins, now black after the boys' deaths, while Mamiya stabs the duelist with the stem of the black rose. The duelist pulls a sword out of the body of the Student Council member he or she is most closely connected to (the only exception being Kanae Ohtori) and confronts Utena. After being defeated, the Black Rose duelist has no memory of the experience. Mikage fights Utena as the final Black Rose duelist. Upon his loss, Akio reveals that Mikage's memories had been tampered with and used as a tool to push the duels to their next level. Mamiya had actually died years ago. Anthy had just used magic to disguise herself as Mamiya. Long ago, Mikage was called Nemuro, a professor at Ohtori Academy working a project to "obtain eternity". Emotionless and uncaring, he learned to feel when he fell in love with Tokiko, and threw himself into his research in order to save her ailing brother and preserve their family forever. His dreams were dashed when Akio seduced Tokiko, causing him to burn down Nemuro Hall because he believed it to be the last step to opening the gate to "revolutionize the world". Mikage leaves the school and the timeline returns to its normal flow, all the events of the arc wiped from everyone's minds. In the manga, Mikage tries to duel Utena, saying that he will kill both Utena and Anthy. It's revealed that he chooses to duel in order to bring back Mamiya, who died in the fire that destroyed the Nemuro Memorial Hall. Mikage dies when the building collapses. Mikage does not appear in the movie. (Source: Wikipedia)