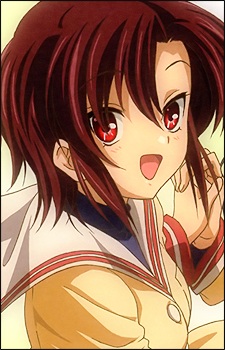 
Sugisaka is a member of the chorus club. She tries to force Nagisa to give up on establishing theatre club by threatening her, but later confronts Nagisa directly, telling Rie's past, hoping she will not bother Rie's dream. Youhei does not trust Sugisaka due to her usage of threat letter, and her attempt on messing up Nagisa's shoe cabinet. In the After Story anime, Sugisaka works as a waitress in the same family restaurant as Nagisa.