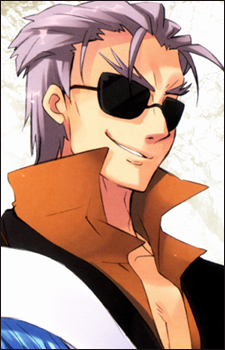 
One of the Trinity of the Bal Masque, entitled as the "General". For some time, he stayed outside of the Organization, because he wanted the freedom to do as he wants. However, after finding Reiji Maigo, he has returned to his previous position. He has great shape-shifting abilities, being able to change into various chimeras. Sydonay and Margery are known to be enemies already in the past during the battle and "reunion" with her.