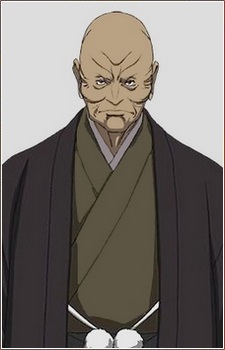 
An elderly industrialist, who was most influential in the mining of the Sakuradite, and founder of the Kirihara Industries. During the years of the Kururugi Administration, he was one of its most influential people and administrators behind the scenes. After Britannia's invasion, he appeared publicly in support of its rule and the colonization of Area 11, being known publicly as a traitor, however secretly, he managed the resistance movements against Britannian rule and was leader of the KyÅ�to house. He had known both Nunnally and Lelouch when they first visited the Kururugi Shrine, and knows of Lelouch's identity as Zero, and has given support and assistance to him in his struggle against the Britannia Empire. (Source: Wikipedia)