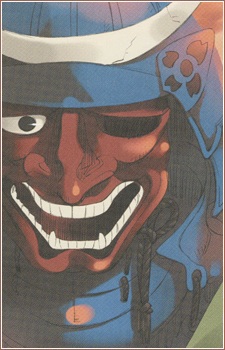 
A Mystes known as "the worst Mystes in history" or "monster torch", he is a huge man wearing samurai armor and one-eyed Oni mask. Tenmoku Ikko was a man who became Mystes of his own will so he could find the strongest person who he could entrust the treasure Nietono no Shana to - a sword made to destroy Crimson Denizens. After Shana defeats him with a daring attack, she receives the Nietono no Shana.