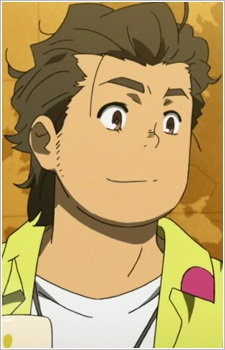 
Poppo is the first friend that Jinta reconnects with. As a child, Poppo was uncontrollably energetic and friendly and was always loyal to Jinta recognizing him as the leader of the group. These traits have not changed. Presently, Jinta reunited with him when he was searching for Menma. He visited their old clubhouse and found that Poppo was living there. Poppo explains that he works part-time jobs to earn money. When he makes enough, he goes on trips around the world. Because of this, Poppo has not attended school in several years. Poppo seems to have questionable interests: Jinta found several pornographic magazines upon entering the clubhouse. Poppo also seems to have an obsession for foreign girls, especially Vietnamese girls. Overall, he has a lewd personality. One evening, Poppo saw Menma in the forest. He was the second reported person to have seen Menma after her death. Because of this, he decides to gather the old group of friends in order to fulfill Menma's wish. The reason he travels so much is due to the fact that he had seen Meiko's dead body drifting away in the river. He travels in an attempt to escape the past and get away from the clubhouse, the river, and the memory of Meiko's death. Despite his attempts to escape his past he finds himself always returning to the clubhouse and living there between trips. Upon fulfilling Meiko's wish Poppo is able to come to terms with his past. He returns to living a healthy life and begins studying and working part-time. 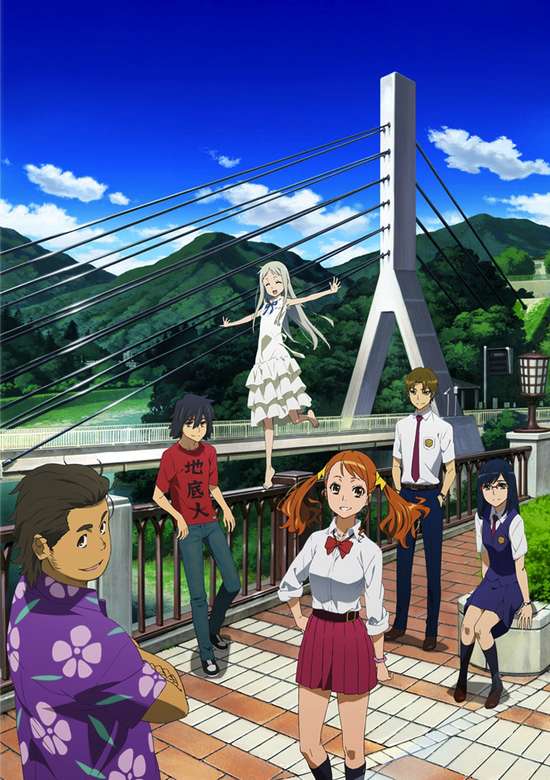 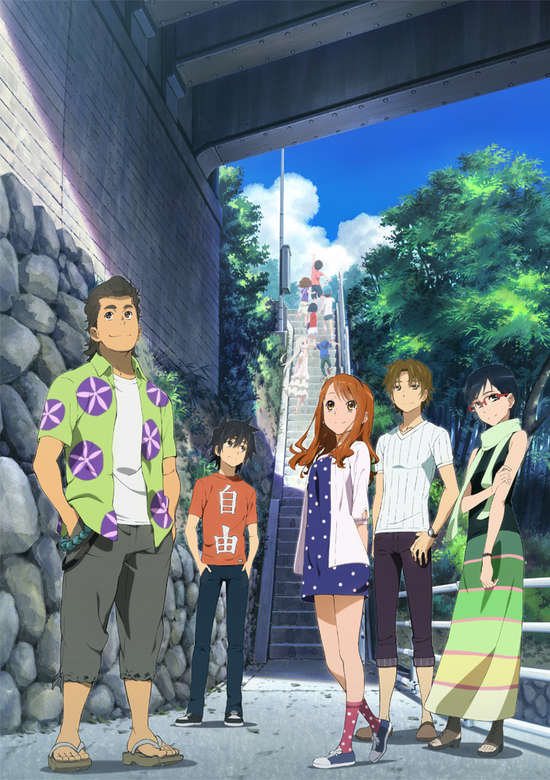