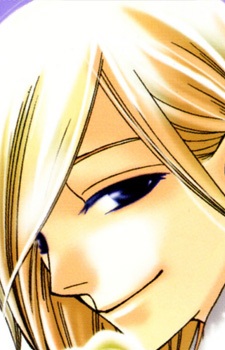 
Umehito Nekozawa, who is commonly referred to as "Nekozawa," is depicted as a hooded figure who is never without Beelzenef, the curse doll, which is actually no more than a hand puppet that looks like a cat. Despite displaying a frightening disposition and strange hobbies, Nekozawa is actually a very nice and considerate person. He suffers from Photophobia (sensitivity to light), which causes him to collapse in direct sunlight and as a result, whenever he is dragged towards any light source, he will refer to the people who do so as "murderers." Nekozawa is devoted to his little sister, Kirimi; so much so, in fact, that he asks the Host Club to help him become the "princely-big brother" Kirimi wishes him to be. He is of Russian descent from the Tokarev dynasty, whose wealth comes from the sale of firearms. (Source: Ouran High School Host Club Wikia)