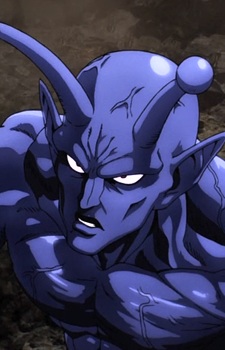 
Vaccine Man is a creature born due to the massive pollution released across the Earth by human beings. According to him, he was created as an incarnation of nature's wrath, meant to wipe out humanity and thus effectively vaccinate the earth against future infections. He is the first enemy faced by Saitama shown in OnePunch-Man.