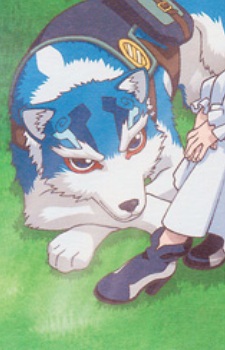 
Akazukin's companion who fights alongside with her. He, like Akazukin, loves food from Elde, and even at some serious moments they would worry about food first. He seems to dislike Jed-same, a Lycan (werewolf). This was noticed when Souta was going to tell him that he saw a Lycan named Jed, and Val stopped him from saying it. He is Cain, Akazukin's childhood friend, but ever since the night he was wounded from Jed, he lost the ability to transform to human form. Age approximately 20