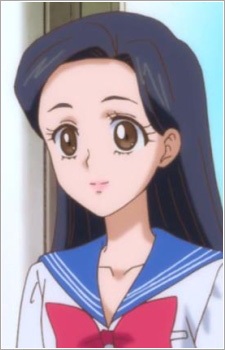 
Yumiko was a minor character who appeared in both the first season of the Sailor Moon anime and the first arc of the manga. She was a friend and classmate of Usagi and Naru at Juuban Municipal Junior High School. Yumiko and her friend Kuri usually appeared as "filler" characters until the other Sailor Senshi were introduced, and often provided information about new places, people, and events. In the manga, Yumiko was one of the girls who bought energy-draining jewelry from Jadeite's Youma, Morga, at Osa-P jewelers, and in episode 7 of the anime she and Kuri were hypnotized by Derella and took part in the Cinderella Caravan talent search. She also appeared in episode 25, when she told Usagi about Crane Game Joe. (Source: Wikimoon)