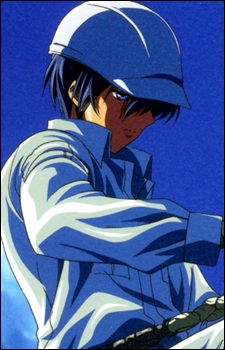 
Yusuke is an electrician who once attended Tomoya's high school and lived as a rock musician. He is admired by Mei for his infrequent rock play. Tomoya first met Yusuke during a street light accident involving a person's car, and assists Yusuke in his work. Through Yusuke, he realizes the pain of working in society. Yusuke is engaged to Kouko, and is also one of the reasons why Fuko exists in the school. Clannad After-Story: He plays a more prominent role in After Story, giving Tomoya a job as an assistant electrician in his company, and sometimes gives him advice. Due to Tomoya's interest in him, Yusuke tells him of his past - how he became a rock musician, rose in fame, and ended due to his loss of his original motivation, along with stress and drugs. After being rehabilitated, no one wanted him anymore, except for Kouko, who had encouraged him to become a rock musician during his high school days. Throwing away his past, he now works as an electrician. Realizing that there are people who still love his music through Tomoya, Yusuke decides to create another music CD that sings his love for the city.